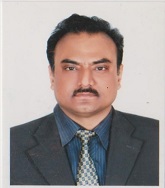 Dr. Debashis Acharya is passionate about Otorhinolaryngology (E.N.T.), being more than 25 years in the field including his training period from the prestigious Army Hospital (Research & Referral) affiliated to the University of Delhi, India. An ex- Indian Army Medical Corps officer ( Lieutenant Colonel) served as E.N.T. Specialist in the Armed forces for approx. 12 years until 2008 when he left the services. He has worked as Medical Superintendent at a private Medical College Hospital in Western India after that for almost one year. He also holds a Masters degree in Hospital Administration from the International Symbiosis Unversity, Pune, India. Subsequently held the appointment of H.O.D. & Associate Professor at Ahmedabad, India. for approx. two years before moving to Qatar in 2011. Presently working as Consultant E.N.T. in PHCC (Primary Health Care Corporation) --Govt. of QATAR since 2014. His academic articles have been published in various foreign E.N.T. journals and he is also Honorary Editor of many such publications. He has been an Organizing Committee member & Chairman of various international E.N.T. conferences across the Gulf region, India, U.K., Singapore & Italy. 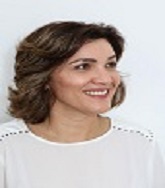 Taisa Giannecchini is a PhD in Speech Pathologist, and she developed an intervention program for patients with speech disorders. She is specialist in oromyofunctional approaches Communication Disorders and Master in clinical studies at Speech pathology and Audiology. She has built her knowledge after 25 years of experience in research, evaluation, teaching and clinical attempts, in hospitals and education institutions. Her last study became a book already published and it has been indicated for many universities as a priority bibliography. Nowadays, she is working with children that don't speak and she is improving her protocol with brain stimulation (motor control for speech) to help them succeed. She also developed a card game for speech brain training to be used at clinical trials. 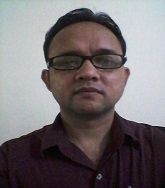 Dr. sushil kumar Kashyap has done M.S. (Otorhinolaryngology) from Banaras Hindu University,Varanasi, Uttar Pradesh, India. At present he is working as a professor and head of Department of Otorhinolaryngology, Head Neck & Skull base Surgery. He performedmore than 3000 surgeries. He is working as teaching faculty for the last 13 years in medical college and guide of two postgraduate students every year. He has sixteen international and national publications.